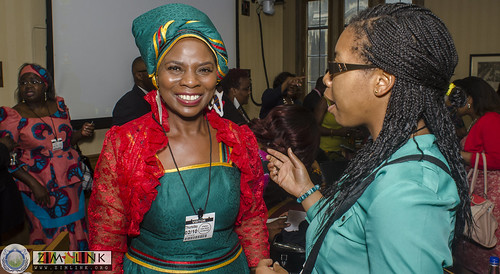 "AFRICA RISING: THE ROLE OF THE DIASPORA AFRICAN WOMAN"
Images from the event big thank you to Justina Mutale for inviting zimlink to cover!!
Video’s and story coming soon www.zimlink.org !! In the meantime check out the day.
A Conference with UNICEF Goodwill Ambassador, YVONNE CHAKA CHAKA
House of Lords, Westminster Houses of Parliament. Thursday 2nd October 2014.
Thought provoking Conference with phenomenal African women including our very own Princess of Africa, YVONNE CHAKA CHAKA, South African Superstar and legendary singer, who is also United Nations International Children’s Emergency Fund (UNICEF) Rollback Malaria Goodwill Ambassador.
THE RT. HON. BARONESS SANDIP VERMA is a member of the House of Lords and a businesswoman. She is the UK’s Parliamentary Under Secretary of State for the Department of Energy & Climate Change (DECC). As Under Secretary of State, Baroness Verma is responsible for the business of the Department of Energy & Climate Change in the House of Lords.
YVONNE CHAKA CHAKA is a UNICEF and Roll Back Malaria Goodwill Ambassador. Known as the Princess of Africa, Yvonne is a South African Supestar and legendary singer with 30 years in the music industry, boasting twenty two albums, with many Platinum and Gold hit records, making her one of Africa’s most successful artists. Yvonne has performed around for the world, and also for world leaders including former South African President, Nelson Mandela; HRM Queen Elizabeth II; and U.S. President Bill Clinton, among many others. Yvonne has shared the stage with the music industry’s megastars such as Bono, Stevie Wonder, Alicia Keys, Aretha Franklin, Miriam Makeba, and Hugh Masekela. Her humanitarian film “A Motherland Tour: A Journey of African Women with Yvonne Chaka Chaka”, is based on women’s health and empowerment. The film is a call to action for nations to honour their commitments to improve the health of all Africans, especially women and children in meeting the Health Millennium Development Goals. The film tells the inspirational story of African women who are making a positive impact on the health of their communities. In the film, Yvonne travels through Africa meeting courageous women who are changing lives. As each story unfolds, so does a powerful message: “Health is not a luxury of the few, but an inalienable right for all”.

JUSTINA MUTALE is the African Woman of the Year 2012 and Founder/CEO of POSITIVE RUNWAY: The Global Catwalk to Stop the Spread of AIDS. She is also the Gender Equality Ambassador & Spokesperson for the International Women’s Think Tank and sits on the advisory Board of the World Leaders Forum. www.justinamutale.com

JACQUELINE ONALO is a human rights and immigration lawyer at R.Spio & Company Solicitors. She is both a barrister and solicitor of England and Wales. She has recently been admitted as an advocate of the High Court of Kenya. Jacqueline is also a trustee of Community Development Initiatives (CDI),

DEBORAH OWHIN is a gender equality specialist. In 2011, Deborah became the youngest advocate on Violence against women and girls. Deborah is the Founder of Made Equal, whose vision is to engage, educate and empower people in their 20s and 30s in the campaign to eradicate gender inequality.

ANNA VANDERPUYE OWUNNE is the CEO of African Business Roundtable (incorporating the NEPAD Business Group) UK Chapter and INGO Global. She has been UK African Community Ambassador for the Department for Environment, Food and Rural Affairs (DEFRA) for their Personal Food Imports Programme and Office for National Statistics for the pre-Census sensitisation programme.

CHIEF KATE ANOLUE is the Founder of the Forum for African Women in Politics (FWAP) and former Mayor of the London Borough of Enfield. She is also Founder & CEO of “TenderCare” a charity which carters for young teenage mothers and fathers, widows and lone women.

CHIOMA AGWUEGBO is a Social Media Strategist and founding Editor of Naija2015. Chiome has experience spanning radio and radio drama production for the BBC Media Action in Nigeria.

LUKWESA BURAK is a TV Presenter and News Anchor at SKY World News. Lukwesa is committed to Malaria prevention and is Patron of the charity All Star Kids, working towards improving the lives of children in Southern Africa.

MELISSA POWYS-RODRIGUES is the Chairperson of the South African Chamber of Commerce UK, which she leads in all its initiatives including fundraising, research, political as well as business focused events, government (SA & UK) liaison and relationship fostering.

DR TITILOLA BANJOKO is a healthcare manager with a clinical background. She pioneered the formation of AfricaRecruit and FindaJobinAfrica.com – a programme designed to build human capital and skills capacity in Africa by strengthening the human resource framework on the continent, mobilising skills inside and outside Africa to address policy gaps and skills shortages impacting Africa’s development.

GEORGINA AWOONOR-GORDON is the Grants Manager for Trade, Enterprise and Employment programme Comic Relief Georgina oversees projects focused on improving economic opportunities for poor entrepreneurs in sub-Saharan Africa. Over the last four years, she has worked on the Common Ground Initiative (CGI). Co-funded by DFID, the Initiative is directed mainly at supporting Africa’s development through small and African Diaspora-led organizations based in the UK.

SADO JIRDE is the Director of Black South West Network (BSWN), a charity focused on human rights, equality, access to knowledge and socio-economic inclusion. BSWN acts as an advocate on behalf of Black and Minority Ethnic (BME) communities in the South West.

attorney at law, immigration law firm, patent lawyer near me

Kindly get back to your previous orientation view... your wheel is rolling there...

Congratulations! Your winning link has been sent to you via email.
Continue and Apply To Cart
Skip for Now
DISCOVER LAWYERS® special offer unlocked!
You have a chance to win! Are you feeling lucky? Give it a spin :)
* You can spin the wheel by entering your email
* If you win, you can claim your special offer via email within a limited time
* DISCOVER LAWYERS® reserves the right to cancel this special offer anytime
Privacy

Check your email to get your winning coupon!X